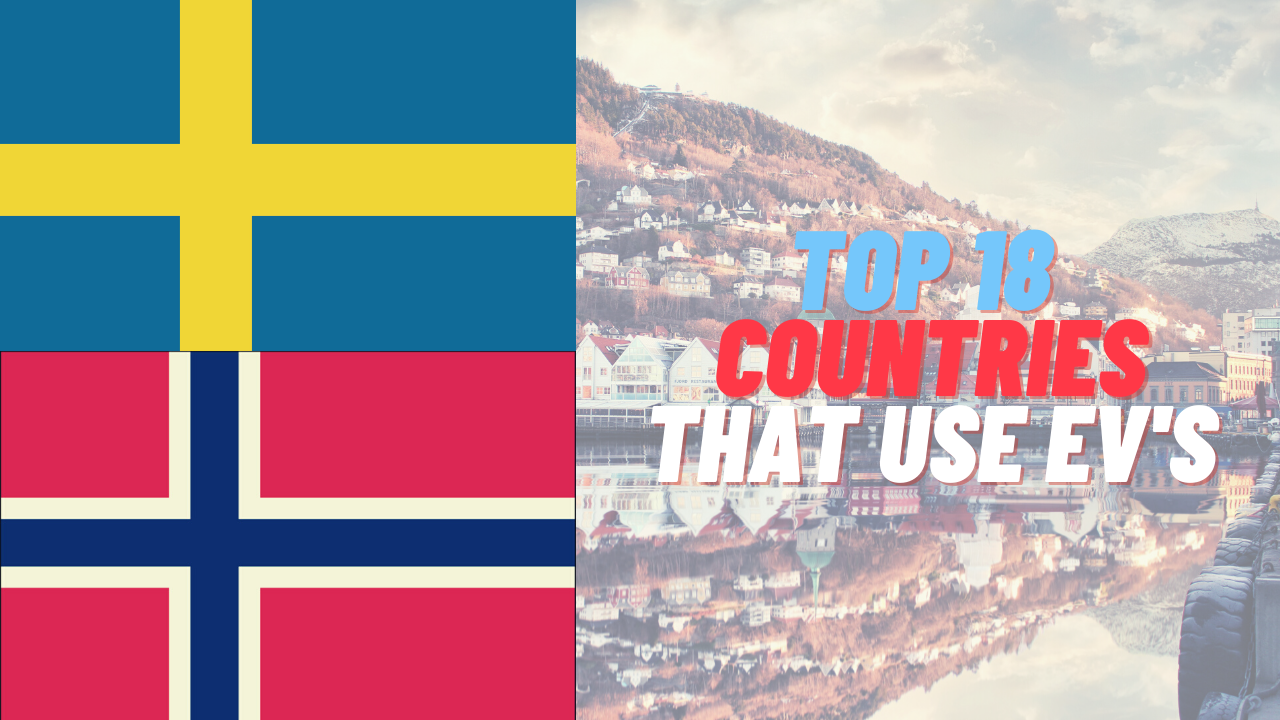 Let’s go back 8-10 years, electric cars were a luxury item for most people. A time when one kilowatt hour would cost anywhere between $800 – $1,000 USD. Most countries had NO user friendly charging infrastructure. Fast-forward to 2022 and it’s a completely different story. You can now buy one kilowatt hour for a little over $100 USD. Modern first world cities continues to invest in better charging infrastructures.
The writing is on the wall, electric cars are the future.  In this long post, you’ll get an ordered list showing you which countries have the highest demand. Based on our research, I ordered the latest data of plug-in market share for new car sales for 18 different countries.
*DATA below reflects year 2020 and 2019 (reference found at bottom). 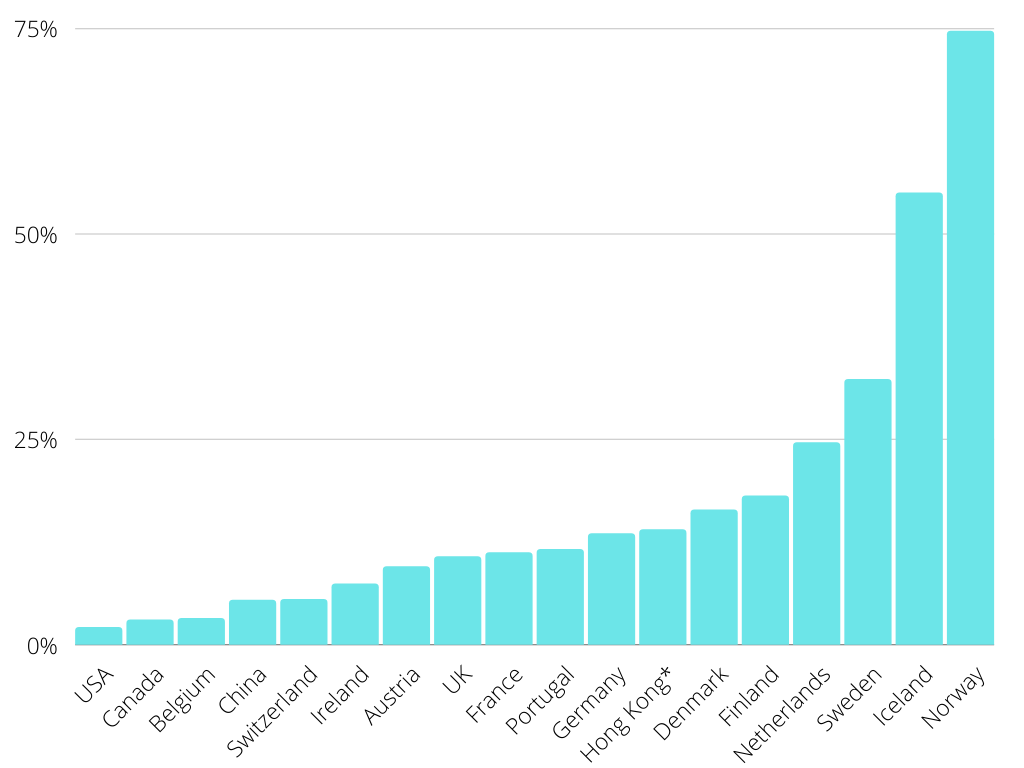 For a country with over 300 million people, the market share has become quite impressive. It seems like each year, more states have start to adopt stringent emission regulations. States like California, Oregon, Maryland, Colorado, Arizona, Washington State and District of Columbia.
One would think a country that gave birth to Tesla Motors would in the top 10. But, there’s still much progress to be made. Market share numbers are 2.10% as of 2019. States like California are doing 4x better than the entire US, with 8% market share.

In 2017, Canada accounted for a total of 45,950 plug-in electric passenger cars. This consisted of 23,620 all-electric and 22,330 plug-in hybrid cars. As of 2017, the countries total market share reached 2.16%.
While the vast majority of the country remains a vast wilderness, along the border with the US is where all the action is. Cities such as Toronto, Ottawa, Montreal, Winnipeg, Edmonton and Vancouver are major hubs for EV’s. The stretches between them tends to be the issue for now.
In 2019, their total market share off all plug-in vehicles sold was 3.0%. 2020 is predicted to be more than 5% at this point.

Belgium may be a small country, but i’ts home to over 11 million people. Unlike some of its neighboring countries which are adopting EV’s at a much higher rate, Belgium is slightly behind (for now). The government ended its incentives in 2012, resulting in absolutely no financial incentives to buy these electric cars.

According to data collected, Belgium accounts for 2.50% of the market share.

China homes almost 1.5 billion people, the most in the world by country. If you ever watched the news, you’d see them slam China for having polluted air in cities like Beijing. The CCP has been pressing hard to change their countries image to being a “sustainable” nation.
According to expert figures, they are doing exactly that. China managed to reach a market share of 4.20%. It wouldn’t be surprising to see China take over many countries listed below in the next decade. In 2020, the number has jumped by 1.2% to 5.4%.

Switzerland… neutral, beautiful, has a high standards of living and is somewhat serious with electric cars. While it can’t stack up to countries like Iceland, Norway or Sweden, year after year growth has been steady.
As of April 2016, there has been over 12,000 electric vehicles registered. Market share figures are at 2.55% even though the Swiss government does not offer any financial incentives.
In some cantons (administrative division), you may qualify for annual tax relief.
2019 figures show the market share growth to 5.5%, more than double compared to 2016.

The entire region of the UK and Ireland are steadily catching up to countries like France, Germany, and Portugal for having more plug-in vehicles sold compared to all other vehicles. Being a rather small country of 6.6 million people, they are doing considerably better than Belgium and Switzerland. Their 2020 figures went up by 3.3% market share to a total of 7.4%.

Austria is much like Switzerland, beautiful in every way. Surrounded with majestic mountains, the country is blessed with a rich history. If you get a chance to visit, do so!
When it comes to EV adoption, plug-in vehicle sales went up by 22% in 2018. Recorded market share rose to 2.60% (compare to 2.1% in 2017). In 2020, the market rose further more to 9.5%.

France is right behind Portugal when it comes to plug-in sales in 2020. France managed to have 11.2% of all vehicle sales to be plug-in vehicles. If you think thats small for a fairly populated country, maybe so. However, comparing the number to 2019 of 2.8%, that is a SIGNIFICANT jump.

Similar to Norway, Portugal has been very ambitions to get its country on-track to becoming EV friendly. In 2009, Portugal worked with Renault and Nissan to create a nationwide charging network. One year later, they started offering financial incentives for the first 5,000 electric vehicles purchased.
In 2014, the estimated number of vehicles sold were a measly 283. By 2015, there were a total of 1,305 electric vehicles sold. In 2020, Portugal ha a total of 29,700 plug-in vehicles sold (15,980 full electric and 13,720 plug-in hybrid).

Hong Kong is the smallest country on the list, but like China, they have managed to work very hard at making their infrastructure EV friendly. With population just over 7.5 million, that is 500,000 more than a country like Bulgaria has (who is also 10x bigger).
Hong Kong has an impressive market share of EV’s at a whopping 14%. From 2019, it’s a jump of 9%.

Denmark is ranked as one of the happiest places to live. When it comes to electric cars, they are doing quite well. As of 2018, Denmark has a total market share of 2.00%. This number has jumped UP by 6x by 2020 to 16.4%.
Denmark has done well with its charging infrastructure. While it may be a small country, you can get around to almost anywhere with little to no incovenience.

Who would-of thought Iceland would be NUMBER TWO on this list?

This island country has a very an impressive 55.00% market share (as of March 2020). For a country with less than a 400K people, they are treating electric and plug-in hybrid cars exceptionally well. Per capita in 2017, the country had 2,990 plug-in vehicles registered, up 157% from previous year.

If you’re wondering how the country can have such a high jump in plug-in vehicle registrations, its because of the government.

Tax incentives and HUGE savings (compared to buying gas and diesel cars) is what’s leading people towards the EV route.

You guessed it, Norway is leading the pack when it comes to market share. The government wants to transition to 100% EV’s by 2025. No matter where you look, Norway is painted as a haven for EV ownership (for good reason). Norway gets the biggest priority for different type of electric vehicles.
As of 2020, Norway has a market share of 74.7%. That’s an improvement by almost 20% from year prior.
As the government heavily taxes fossil fuels, more people will be switching to EV’s. The 2025 projection, seems quite achievable at this pace!

The least-improved countries seemed to be China at a small +0.5%. While the numbers look small, the country of China still has the largest stock of plug-in passenger vehicles in the world at over 4.5 million. 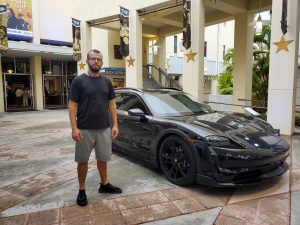 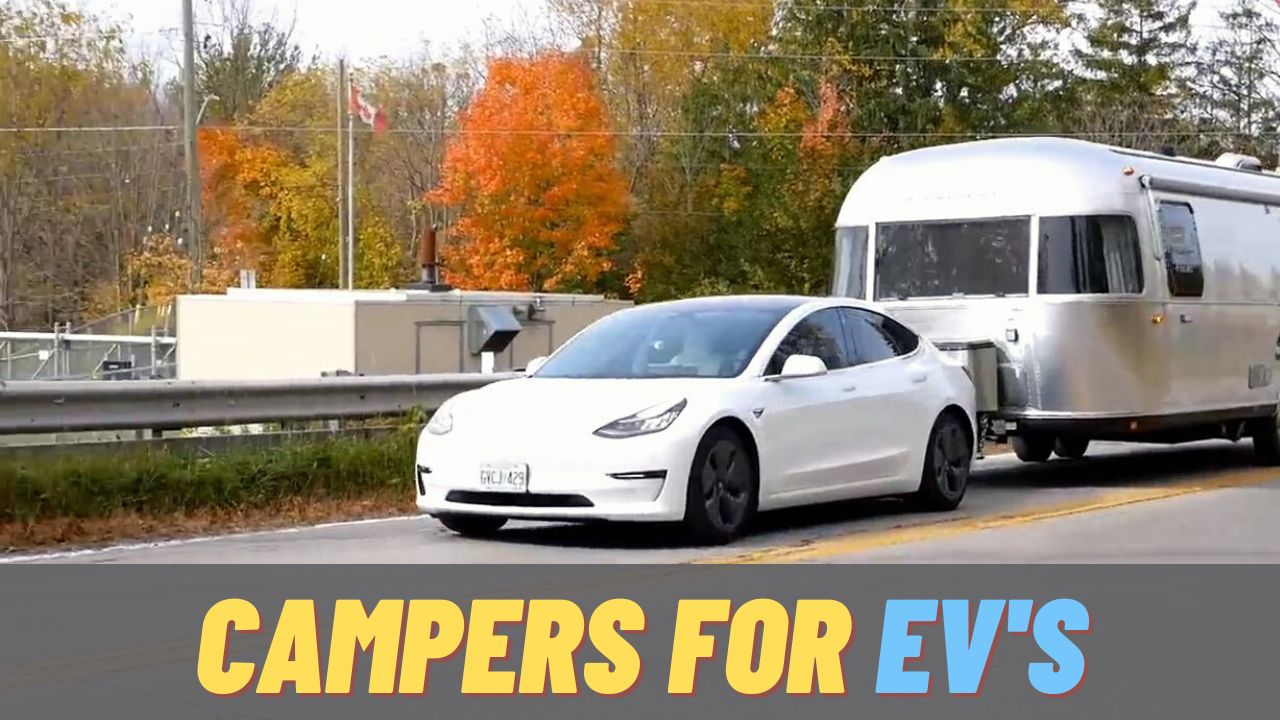 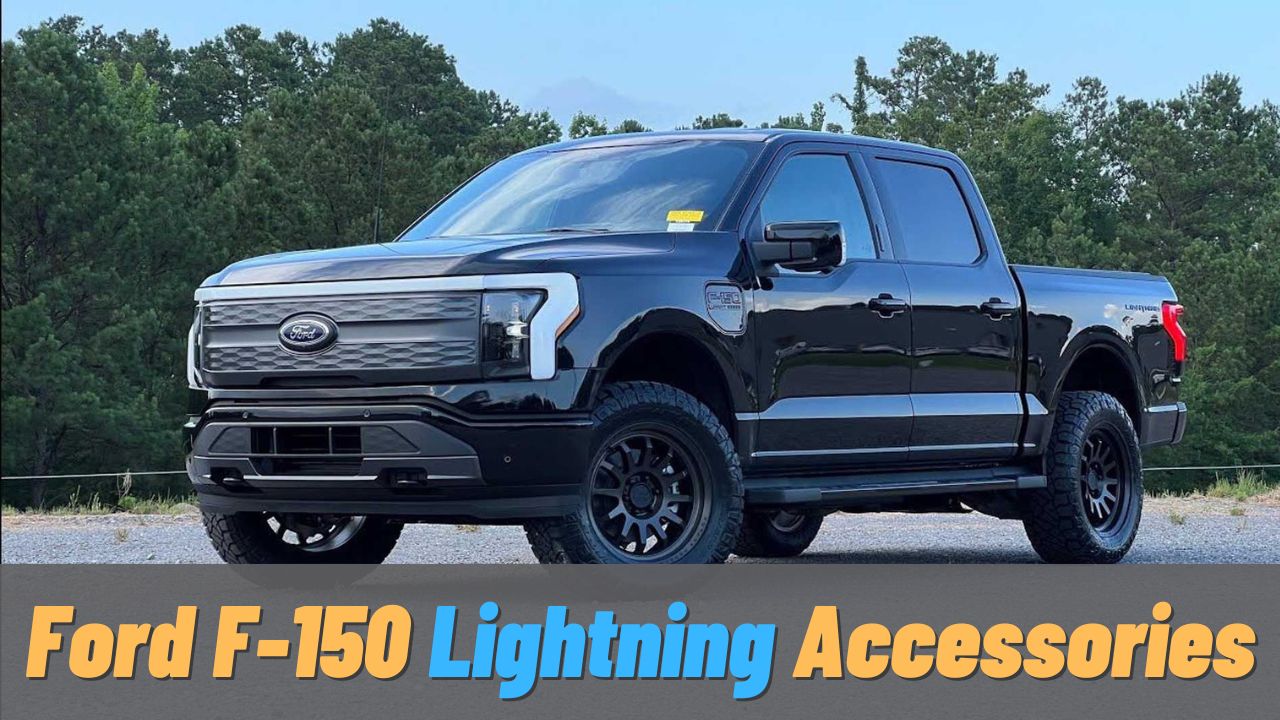 Did you know Ford has been making truck for over 100 years? Yep, they have been in business since 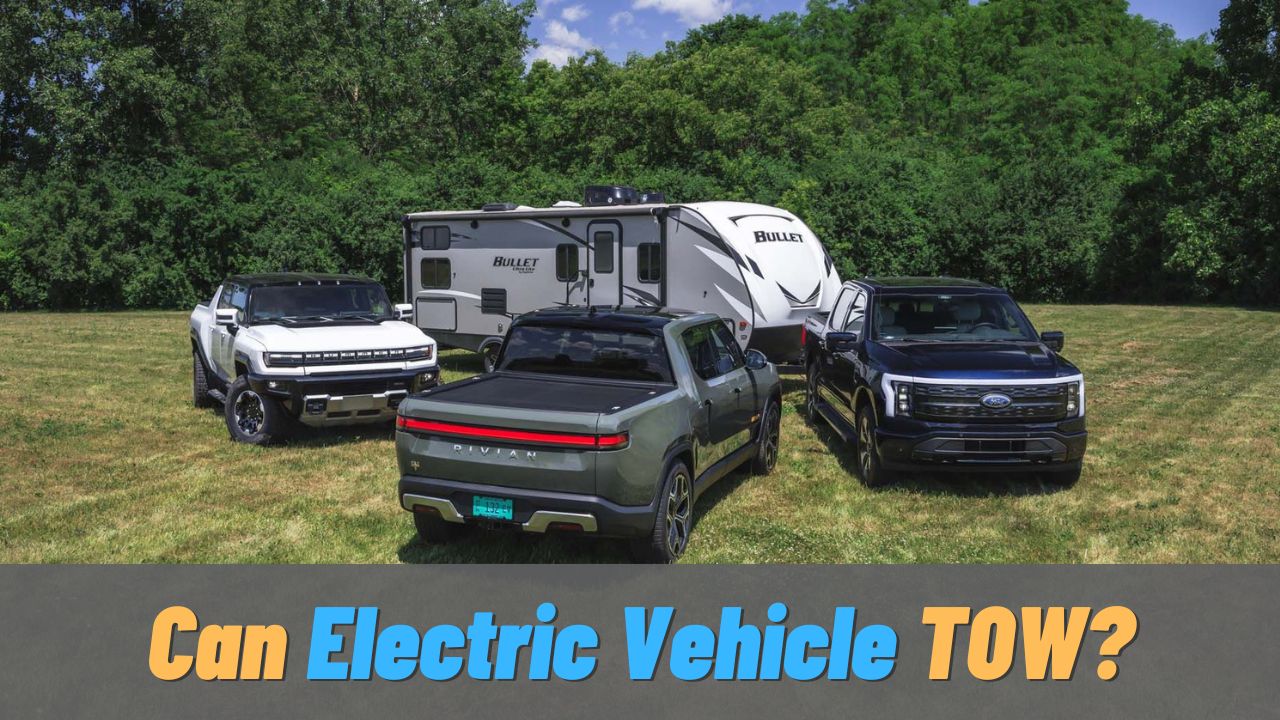 Can an Electric Vehicle Tow a Trailer or Camper?

What would you reply 10 years ago when someone asks you, “Hey, can that Nissan Leaf tow?” You would 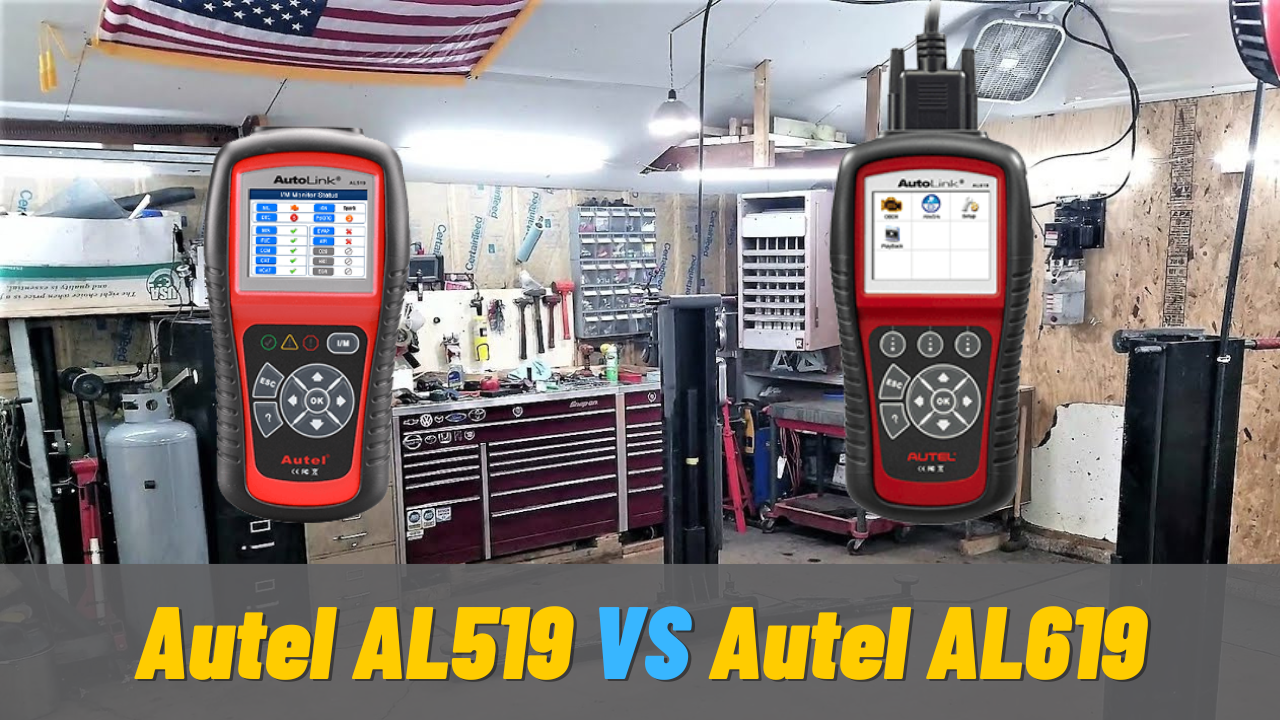 If you’ve ever searched for an obd2 device online, you’ve probably come across Autel. Autel is an international company 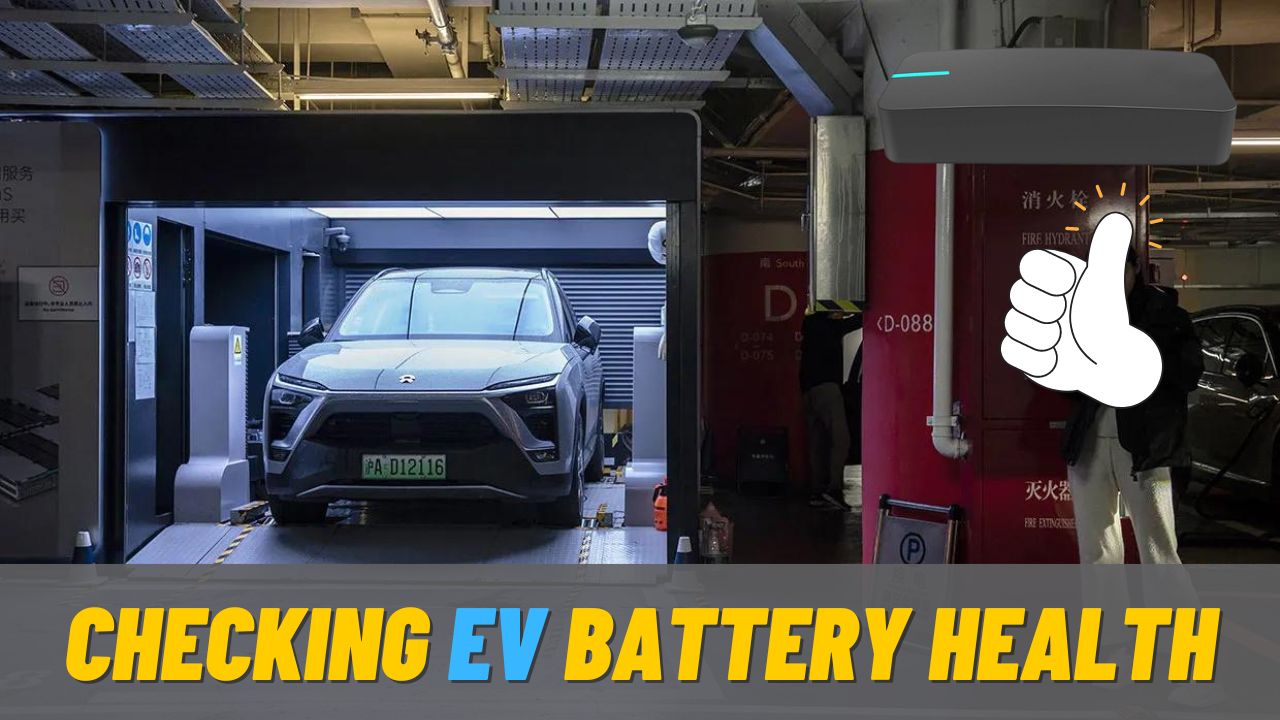 Ever since the first automobile became available for the mass market, the average Joe could tinker with it and